Weight Loss Secrets of the Caveman 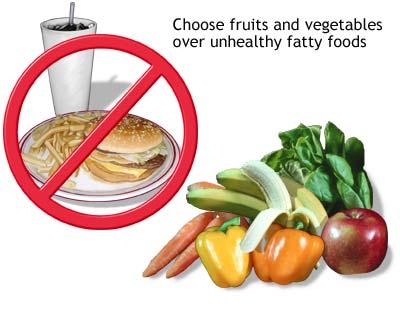 You may not think it, but cavemen possessed weight loss secrets that we can use today. Without even knowing it, they had the perfect diet and exercise program for weight loss that we can learn from even in today's high tech, modern world.

You see, around 40,000 years ago, mankind had it rough. They were nomads wandering their world, hunting and gathering for food. There were no corner fast food joints or convenience stores open 24 hours a day.

Mr. Caveman couldn't walk to his 'fridge and get a snack. If he, or his family, was hungry, he had to go and hunt down an animal of some kind. They foraged the forests and savannas, or jungles for nuts, berries, tubers, and anything else that was edible.

Let's just say, it was a tough time for mankind, but this is also a point in our history when we were probably the healthiest. Yes, they died young, but not because of weight related issues. They simply didn't possess the medicine to fight diseases the way we do today, nor did they live in safe cul de sacs that protected them against attacks from ferocious animals.

Cavemen were no different physiologically than you and me. If you had a time machine and could kidnap a caveman baby, bring him back to the future, and you could raise him as your own, you wouldn't be able to tell him apart from anyone else.

They didn't sport the heavy eyebrow ridges, nor were they exceptionally hairy as portrayed in certain car insurance commercials. They were like us.

They looked like us, they even had our thinking capacity and though processes. Of course, they were also shaped by their environment, and theirs was a harsh one. Yet somehow, they possessed weight loss secrets we can learn from today.

Their bodies adapted to that environment over hundreds of thousands of years. They never knew when they would get their next meals. It could be tomorrow, it could be next week, so they adapted the ability to store excess calories as fat so they could be used during times of famine.

Of course now, famine in developed countries is extremely rare. Food is plentiful. We don't have to hunt anything if we don't want to, and we definitely don't have to scour the forest for food.

We live in a time when our knowledge of the world is an all time high. But with all of our technology, all of our knowledge, why are we still so fat? Why is obesity so rampant? Why are people dying of weight related problems?

We know what causes us to be fat. We know how not to be fat.

Our ancestors didn't know any of this. All they were concerned with was where their their next meal was coming from, yet rarely would you find a fat caveman. Of course, since I didn't live in that time, nor did anyone else I know, this is merely a conjecture.

But, imagine our caveman ancestor for a second. First of all, they were constantly on the go. They had to in order to just be able to find food since they didn't have the capacity to store food for long periods of time. They also had to carry their belongings with them so imagine carrying a heavy backpack loaded with your worldly possessions, and having to walk several miles per day, every day. Occasionally, they would also have to run very fast, even sprint, to get away from an attacking animal, or perhaps another caveman. Talk about awesome, fat burning workouts.

Now, imagine their diet. They eat several small meals throughout the day consisting of nuts, berries, and protein rich insects (yucky, I know, but very nutritious). They don't eat grains, and they don't eat anything hydrogenated. They never eat sugars which means they never drink soda, or eat candy. They never eat anything made of white flour which means no breads, or doughnuts.

Everything they eat is completely organic and natural. How do you imagine such a person would look like? Would they sport the pot belly so common among modern day humans? Of course not.

On the contrary--they would be very lean, and physically strong with a great work capacity and exceptional endurance. They wouldn't have high cholesterol, or Type II diabetes, or any of the myriad of diseases associated with poor eating, and a fat waistline.

Now imagine if you could transplant such a lifestyle and diet to the modern world, and add today's medicine, and lack of dying from woolly mammoth attacks, you would have the ultimate weight loss program. That's the weight loss secret that the caveman intuitively knew, and somehow we forgot. 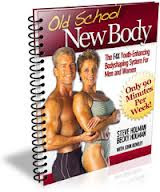 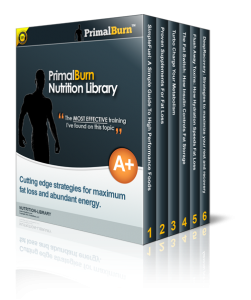